Tourism is a phenomenon that has ancestral roots. It characterizes contemporary societies, mainly occidental and industrial ones. Over the last years, tourism has assumed different aspects because of contrasting realities around the world. The broad concept around tourist activities currently refers to the act of traveling, implying a displacement with the intention of returning to the place of origin and permanent housing.

The first tourism definitions started in 1910, with the Austrian economist Herman Von Schullard, who wrote about the influence and the changes that the concentration of tourists caused to the economy of a certain place or country. In 1970, Boyer, a theorist in the field of sociology, defined tourism as an act of mobility with the intention of using leisure as a tool to reach the cultural needs of the industrial civilization, placing it in the sphere of economy, society, leisure and culture. Over the years, several other authors pointed different definitions for tourism, due to numerous factors in contemporary society that can assume different forms and configurations according to the context.

Despite its previous association with the elite, tourism nowadays is a common and essential activity in many societies. Such accessibility is due to social, cultural and economic aspects.

The tourist destination and its image the main factors that influence tourists in their choice, which relates directly to the information that they have about the place, usually presented by the media or their own researches. These images consist of not only landscapes, but also architecture and cities that, according to Vargas, play an important role in the development of tourism.

Within this subject, the city, the architecture and the history, as well as the image made of all these associations, compose the base for the tourist potential of a certain place. Between different tourist possibilities, we can highlight rural tourism, which has gained great attention in recent years. It involves various aspects, with new values and new relations between man and rural areas. Some of these relations are directly involved in daily rural life, valuing and recognizing local culture, while others manifest themselves in the form of large hotel complexes with a variety of activities that may or may not relate to the environment.

Over at Forbes they note that activities related to visits and recreation in the rural environment date back to ancient times, when emperors and warriors moved to the countryside fleeing the daily life of Rome. After, in the Middle Age, noblemen also moved to the countryside in search of leisure and rest. Throughout history, the industrial revolution provokes the migration in great scale from the countryside to the city. However, many people still returned with the objective of visiting family and leaving the urban centers. 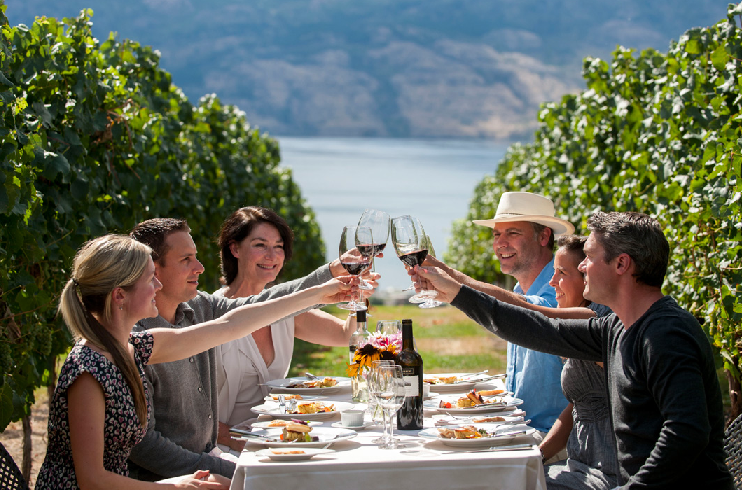 Within the new concepts and modalities of tourism that the rural world offers, wine tourism has been growing and standing out in the last decades. It brings the possibility of exploring the world of the wine, deeply altering its dynamics and its development in countries with a long history of production or countries from the “New World” where the production is more recent, just like Brazil.

As a phenomenon that stands out in the contemporary civilization, wine tourism appears as the result of the development of wine production facilities and tourists themselves. The quest for knowledge about wine cultivation, production and tasting has fostered the growth of tourism in this sector, turning the activity into a source of knowledge and pleasure.

In spite of the great bond with the rural activities, wine tourism can also grow and take place in urban spaces. Both environments can complement and relate to each other. The “City of Wine Civilizations”, in Bordeaux, is a great example. Inaugurated in 2016, it is a museum completely dedicated to the history of wine in the civilizations, along with wine tasting. Despite its location in the urban space of Bordeaux, it is strongly connected to the traditional producing area around the city.

Wine tourism shows itself as an activity that includes several factors, which contributes to enrich every involved aspect. The capacity of associating several tourist modalities gives space for new possibilities of this activity. Despite its existence for many years, the definition of wine tourism started in the nineties, because of the studies conducted by several authors who were interested in a new tourist activity that is still growing.

Focusing on the tourist, some classify the wine tourism’s scenario as a work landscape, which for many offers more than that, being a synonymous for civilized pleasure. The European Charter of Wine Tourism points out a definition very similar to the ones given by the previous authors, connecting the development of tourism and leisure activities to the discovery and enjoyment of the wine-making culture, which includes the vineyard, the wine and its territory.

Some authors highlight the emergence of wine tourism. Novelli mentions that the development of wine tourism is because of the tourist’s higher levels of education and knowledge, which results in the association of various forms of tourism, like gastronomy and wine. Cavaco, believes that the development of wine tourism is connected to the interest in environmental issues. To Hall such development occurs due to the pursuit of outdoor leisure activities and the benefits of moderate wine consumption. In addition to these issues, other authors suggest the return to the nature as a search of serenity and peace that, usually, rural areas can offer.

Wine tourism is becoming more and more associated to marketing, which configures an important strategy for the development of the wine-producing industry. Even in countries with a tradition in wine production, wine tourism is a strategy to narrow the relationship with the consumer. It goes beyond tasting, as it involves creating positive bonds regarding information and sales of products.

One Reply to “Wine Tourism in Today’s Society”