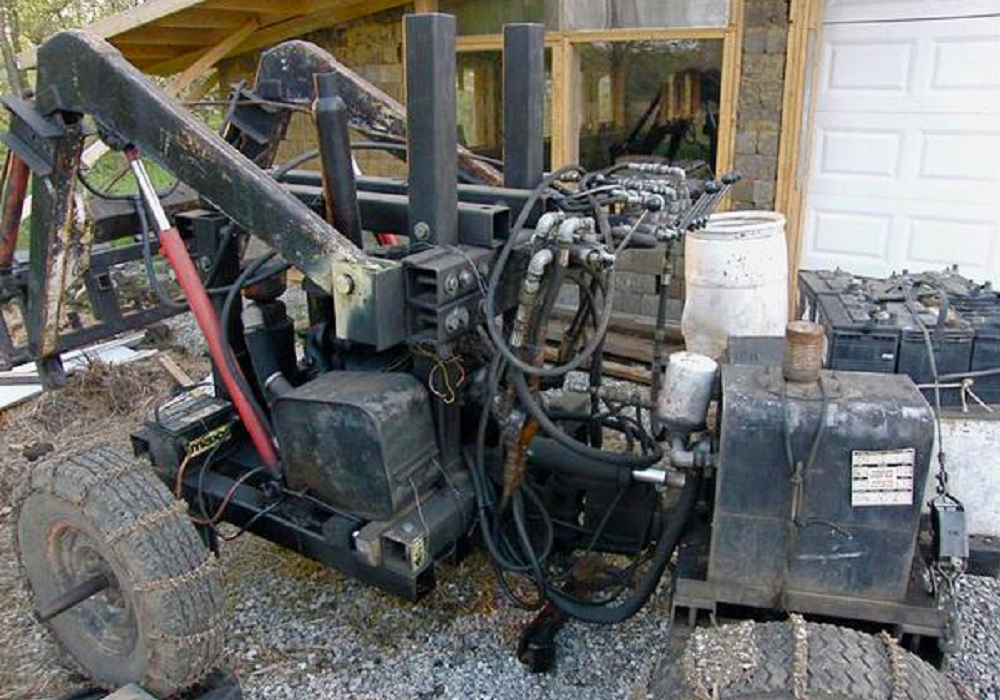 We’ve talked about open source cars before, but open source tractors? Marcin Jakubowski has helped to open the designs for 50 farm machines, including a design for a tractor that he was able to build in six days at a cost far less that of a manufactured tractor. By creating and sharing blueprints for open machines, we’re seeing the foundation for open civilations.

Jakubowski says those designs all fit on one DVD. But why is the focus on open hardware a game changer?

“We’re focusing on hardware, because it is hardware that can change people’s lives in such tangible, material ways,” Jakubowski said in his TED talk. “If we can lower the barriers to farming, building, manufacturing, then we can unleash just massive amounts of human potential — that’s not only in the developing world.”

Hi, my name is Marcin — farmer, technologist. I was born in Poland, now in the U.S. I started a group called Open Source Ecology. We’ve identified the 50 most important machines that we think it takes for modern life to exist — things from tractors, bread ovens, circuit makers. Then we set out to create an open source, DIY, do it yourself version that anyone can build and maintain at a fraction of the cost. We call this the Global Village Construction Set.

So let me tell you a story. So I finished my 20s with a Ph.D. in fusion energy, and I discovered I was useless. I had no practical skills. The world presented me with options, and I took them. I guess you can call it the consumer lifestyle. So I started a farm in Missouri and learned about the economics of farming. I bought a tractor — then it broke. I paid to get it repaired — then it broke again. Then pretty soon, I was broke too.

I realized that the truly appropriate, low-cost tools that I needed to start a sustainable farm and settlement just didn’t exist yet. I needed tools that were robust, modular, highly efficient and optimized, low-cost, made from local and recycled materials that would last a lifetime, not designed for obsolescence. I found that I would have to build them myself. So I did just that. And I tested them. And I found that industrial productivity can be achieved on a small scale.

So then I published the 3D designs, schematics, instructional videos and budgets on a wiki. Then contributors from all over the world began showing up, prototyping new machines during dedicated project visits. So far, we have prototyped eight of the 50 machines. And now the project is beginning to grow on its own.

We know that open source has succeeded with tools for managing knowledge and creativity. And the same is starting to happen with hardware too. We’re focusing on hardware because it is hardware that can change people’s lives in such tangible material ways. If we can lower the barriers to farming, building, manufacturing, then we can unleash just massive amounts of human potential.

That’s not only in the developing world. Our tools are being made for the American farmer, builder, entrepreneur, maker. We’ve seen lots of excitement from these people, who can now start a construction business, parts manufacturing, organic CSA or just selling power back to the grid. Our goal is a repository of published designs so clear, so complete, that a single burned DVD is effectively a civilization starter kit.

I’ve planted a hundred trees in a day. I’ve pressed 5,000 bricks in one day from the dirt beneath my feet and built a tractor in six days. From what I’ve seen, this is only the beginning.

If this idea is truly sound, then the implications are significant. A greater distribution of the means of production, environmentally sound supply chains, and a newly relevant DIY maker culture can hope to transcend artificial scarcity. We’re exploring the limits of what we all can do to make a better world with open hardware technology.