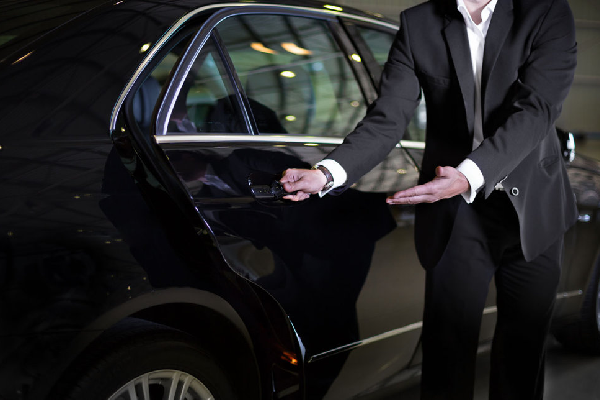 Remember the days when a taxi from Heathrow Airport to central London could wipe out your entire souvenir budget? You can tuck that memory in your scrapbook — for now — because the 2016 Brexit vote has made the U.S. dollar unusually favorable against the British pound. Add to that the fact that high-end taxis — such as chauffeured taxi airport transfer services — have become more and more competitive in their pricing, and you’ll find you can travel the U.K. in style without breaking the bank.

According to VisitBritain, Great Britain’s national tourism agency, Britain was 13 percent cheaper for visitors from the U.S. at the end of February 2017 than it was at the same time in 2016. In mid-March, for example, $1 was worth £0.81; last June it fetched you only £0.68. That means seeing The Lion King at the Lyceum Theatre would have cost Americans $62 last June but will set us back just $51.60 today.

“With the weakness of sterling,” says VisitBritain director Patricia Yates, “it’s a great time to reacquaint yourself with Britain — whether you like playing golf, drinking whiskey or want to see the houses from Downton Abbey.”

No one can say how long these far-side-of-the-pond bargains will last, so we’ve found some fun ways to check out newly affordable Britain. Download an app (such as the XE Currency App) to calculate exchange rates on the fly, then pack your bags and catch these deals before they can say “cheerio!”

Can a four-hour, 17-course meal be deemed a bargain? You decide: About 30 miles west of London, the Fat Duck in Bray — one of only four restaurants in the British Isles with three Michelin stars — offers “The Itinerary,” a £265-per-person dining experience from chef Heston Blumenthal. Sometimes compared to Willy Wonka for his quirky dishes, the chef presents courses such as “The Sound of the Sea,” a plate of seafood next to a large shell, from which an iPod pipes ocean sounds.

If you prefer to dine on wheels, visitbritain.com recommends the Belmond British Pullman which offers multiday train journeys, as well as shorter trips that include lunch, dinner or afternoon tea, starting at £225. The Royal Scotsman — a bucket list train ride for railfans worldwide — streaks across breathtaking Scottish landscapes for all-inclusive excursions starting at about £970.

The bargains extend well beyond London and its environs, of course. To channel your inner lighthouse keeper, head way north of Scotland to the Shetland Islands, where you can hole up at one of three lightkeeper cottages; the one on the island of Bressay, for example, goes for about £550 per week.

Or check out Epic Retreat’s unique pop-up “glamping” (glamorous camping) structures across Wales this summer; a different Welsh legend inspired each one. The Dragon’s Eye, for example, is a stainless-steel pod with a rotating bed and stunning views — through the “eye” — of the surrounding wilds. A three-night weekend stay (replete with campfire, dinner and entertainment) is £795.

The savviest way to save money, of course, is not to spend it in the first place. Most major London museums are free, including the British Museum and the Tate Modern (which opened a space devoted to performance art last year). Likewise gratis: the Ulster Museum in Belfast, the World Museum in Liverpool and the Kelvingrove Art Gallery and Museum in Glasgow.

When visiting England you have many options in travel modes. The ubiquitous taxi is always a popular choice. While many people dismiss the age-old chauffeur services due to a concern about cost, there are some services that are actually quite competitively priced versus the generic taxi service. Chauffeur services are best known for use in airport transfers. While businesses such as Cars Exec do provide transfers to and from London Heathrow, London Gatwick, Bristol International, Glasgow International, and other airports throughout the U.K., they also offer seaport transfers and tours in London and other major cities.

If you hit Albion in August, uktravel.com says head for the Bristol International Balloon Fiesta — Europe’s largest annual hot-air balloon gathering — and the Edinburgh Fringe Festival; both events are free. Every U.K. city makes free walking tours available via apps; I’m partial to the Charles Dickens London Walking Tour and the Walking Heads music tour of Glasgow. And speaking of music, one of my favorite freebies has a quintessentially British air: It’s the classical music played every weekday around lunchtime inside St. Martin in the Fields, a church in London’s Trafalgar Square.

Strawberries and cream at Wimbledon should be a rite of midlife passage. The Championships at the All England Club, 20 minutes by train from central London, take place July 3-16 this year, and general admission starts at £8. (Catching the finals at Centre Court will set you back £190.)

Ninety minutes west of London in Berkshire, head to Coworth Park, the only hotel in the U.K. that provides its own polo fields and practice facilities. You can take a one-hour polo lesson for £175 or a half-day polo master class for £400.

The Welsh Hawking Centre, 10 miles southwest of Cardiff, offers a three-hour introduction to falconry (also called hawking) for £75; you’ll learn how to pick up and hold a variety of birds, and even have a chance to fly hawks to your fist.

2 Replies to “Getting Around the U.K. With a Chauffeur Taxi Service”