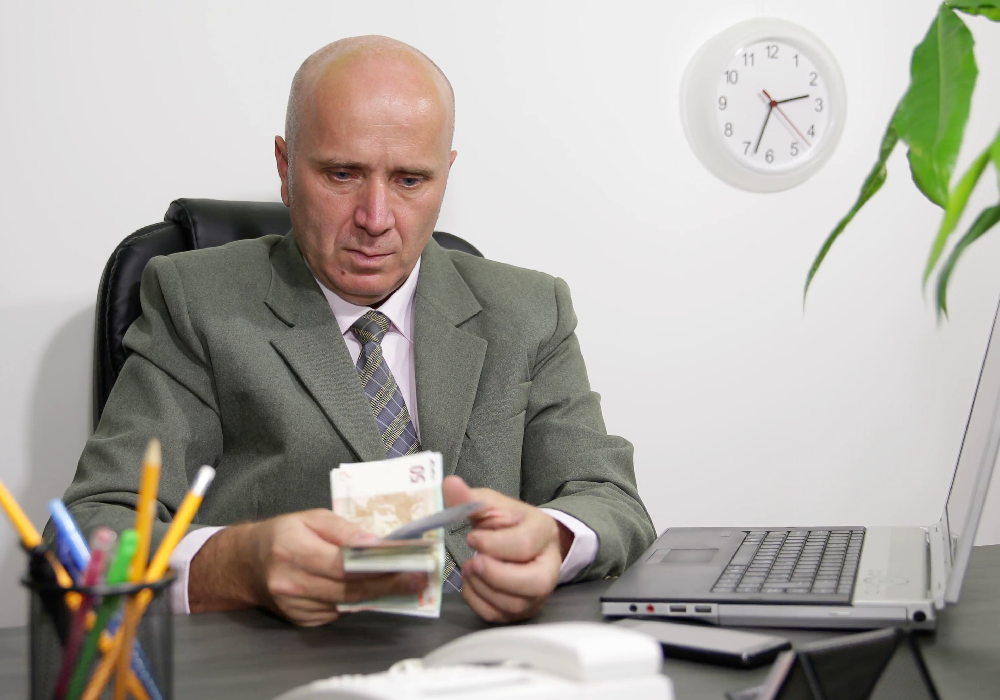 Financial disaster rarely comes about overnight. Even for those devastated by a sudden, tragic event, the foundation of their collapse lies in their daily habits and assumptions, and has been brewing for many years.

Whether overcome by an unexpected experience, or living in a state of horrible financial neglect, many people are in full-blown denial about their contributions to the event. ‘How can this possibly be my fault?,’ they ask.

My definition of financial denial is simple, although the effects are far from that: Having a money problem and not being able to admit it.

Without getting past acceptance, the problem never exists in the first place, and you can’t begin to work at the root of the issue. Without diligence and a sound plan of action, a solution is impossible.

The form of denial most familiar to many of us is associated with substance abuse – alcoholism and drugs. In fact, financial denial is very similar, and you’ll likely recognize some of the symptoms on the list.
The Symptoms

Denying financial problems is as much a disease as substance abuse, and the effects can be damaging and long-lasting. Money affects every other area of life – including relationships, careers, and personal health.

Let’s look at some of the signs you or someone you know is in denial:

Getting Angry When Confronted

One of the classical denial symptoms is using anger or blame to shift attention from the issue and onto something else. It’s often the most hurtful to those around you.

While we’re all unique in some way, it’s hard to say we are exceptions to the rule. Dealing with money follows a set of principles that, when violated, boomerang back and hit you in the face harder than you expect.

Using Lack of Failure as Evidence of Success

At investopedia.com they point out that many people without any visible or major money problems use their high success rate as an excuse to avoid saving or making other smart money moves. Unfortunately, getting lucky is not evidence that you’ve done all the right things, just that you haven’t been caught by Murphy yet.

Getting a Thrill From Living on the Edge

For many people, living paycheck to paycheck is a psychological thrill. They get a short-lived high figuring out how to pay their bills and successfully making it through another month. It may be fun for a while, but the likeliness of disaster looms.

If you’re not willing to share your financial habits with your loved ones, you’re probably embarrassed about something. Hiding can extend the problem, because others it affects are often unaware that it’s even happening.

People who play the lottery, overspend regularly, or are living in a perpetual state of ‘it will be better tomorrow’ are victims of this symptom. When did we stop being happy with what we have today, and instead look for a quick fix in the future to fix our current problems?

Using Success in One Area to Overshadow Failures

It’s great to celebrate even the smallest of victories – lasting change does not happen overnight! But like making the problem look smaller, people in denial can often take the tiniest victories and use them as their victory speech for months, ignoring the rest of their declining financial situation.

Believing Your Actions are Independent

You are not alone in this world. Even if you’re single and live alone, your actions still affect others around you. If you’re in a relationship or part of a family structure, the effect is tenfold. Making decisions without considering their implications on others is a quick path to failure.

Missing Out on Promises and Responsibilities

Being unable or forgetting to pay your bills, or promising to go on a vacation with your spouse and never saving up enough money for it – these are both good examples of this symptom.
Somebody Save Me!!

Having a Rationalization for Everything

Excuses, excuses. The highest-level deniers can come up with a logical, thoughtful explanation for almost any expense or silly money move. These folks are particularly hard to break because they usually think that their logic equates to being correct in their assumptions.

Thinking Emergencies Won’t Happen to You

I hate to break it to you, but none of us are God. Believing that you’re invincible doesn’t decrease the probability of a financial emergency striking at any minute.

People in denial have the uncanny ability to disguise and downplay money issues in a way that makes them seem insignificant.

Being Scared of ‘Normal’

Many people have the genuine psychological need to stay away from ‘normal.’ They believe that life without debt, without money problems, and with adequate income and savings – would simply be too boring. See #2.

If this is your problem, you’re probably not reading my blog, or getting any other form of financial help. Whether it’s arrogance, ignorance or indifference, you simply will not seek assistance. It will be hard to help you unless you decide you want to help yourself.

Focusing on the future effect of your actions and on solid financial principles is the key to overcoming denial and moving forward.